About Mining vs. Wildlife at Tangle Lakes

“We recognize the potential for mineral extraction in this area and in associated mineral leases, but remain convinced the long-term value of maintaining wildlife habitat far outweighs the potential benefits of possible development projects known at this time.” 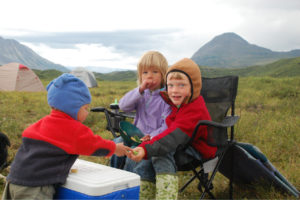 “It is my position that the importance of the Denali Block [state lands surrounding Tangle Lakes] as wildlife habitat, tourist destination, sport fishing, subsistence and sport hunting, subsistence food gathering and trapping area exceeds all mining value. All these uses except mining have minimal impact on the land and are renewable yearly.”

“Are the minerals more valuable than what we already have here?” 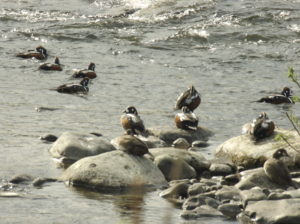 “The hunting and fishing residents we represent, and our children and their children, deserve to have this area protected from the long-term damage large scale industrial mining inevitably causes.”

“I have lived in the Copper River Valley for 41 consecutive years and am a retired Wildlife Biologist. The proposed Pure Nickel mine would probably be an ecological disaster for the area involved. The land under examination is critical habitat for the Nelchina caribou herd, and also critical habitat for the local moose, ptarmigan. The area is one of the highest use areas for subsistence hunting, fishing and berry picking in the State. This is also known as a peaceful getaway for summer tourists and tour buses, which would be negatively impacted by the constant procession of ore trucks barreling down the highway.”

“In the mid-1970’s, I spent three summers studying nesting behavior of gyrfalcons in much of the area…and I know there are excellent wildlife resources, especially for birds…I am also aware of several archeological sites within the proposed refuge. One was named for stone points that I reported in 1975. They should be protected.” 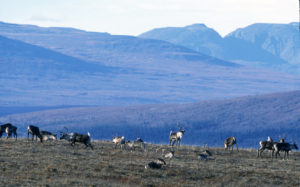 “As many as 5,000 caribou have wintered around the Tangle Lakes in recent years. Caribou behavior usually results in caribou seeking different winter ranges every year to take advantage of forage availability on ungrazed range. The fact that caribou have wintered in the Tangle Lakes area on an almost every other year basis shows this range is important. The area is also an important fall staging and rutting area used by up to 20,000 caribou in recent years…”

“I believe Denali Highway is the most beautiful drive in North America.”

“I’ve been visiting the Tangle lakes area of the Denali Highway for over 20 years. I love the relative wildness and opportunities for many kinds of recreation like fishing and hiking and backpacking. It’s an accessible Alaskan gem. It’s also a rare collection of Alaskan archaeological sites. So many exist there that the region is considered a ‘district’.”