What is mineral exploration?

To put it simply, mineral exploration is searching for something that can be mined at a profit. In the case of the Tangle Lakes region, various investigations over the years indicate the presence of nickel, copper, and platinum group minerals. Exploration has tried to determine if those minerals are present in economic quantities.

The on-again, off-again past:
Over several decades, at least four multinational mining companies have been involved in exploring the Tangles region. Exploration activities included mapping, sampling, drilling, and conducting airborne and ground geophysical surveys. North of the proposed game refuge (see map below), exploration identified only low-grade mineralization. Within the proposed refuge, reported results yielded no significant mineralization. Hence, these companies pulled out.

The present:
Currently four different companies hold claims near Tangle Lakes. This is apparently in response to rising metals prices. One of these companies holds claims within the proposed refuge. So far, none of these have undertaken any drilling operations. We cannot foresee whether they will eventually find metals of sufficient grade and tonnage to be economic.

But what we do know—and we know this for certain—is that the region is rich in high-value, sustainable, renewable resources—especially the Nelchina Caribou Herd—which are used and enjoyed by many Alaskans. We know that these renewable resources and the human activities associated with them would be significantly damaged by actual mine development and the extraction of non-renewable resources, largely for the benefit of multinational corporations. 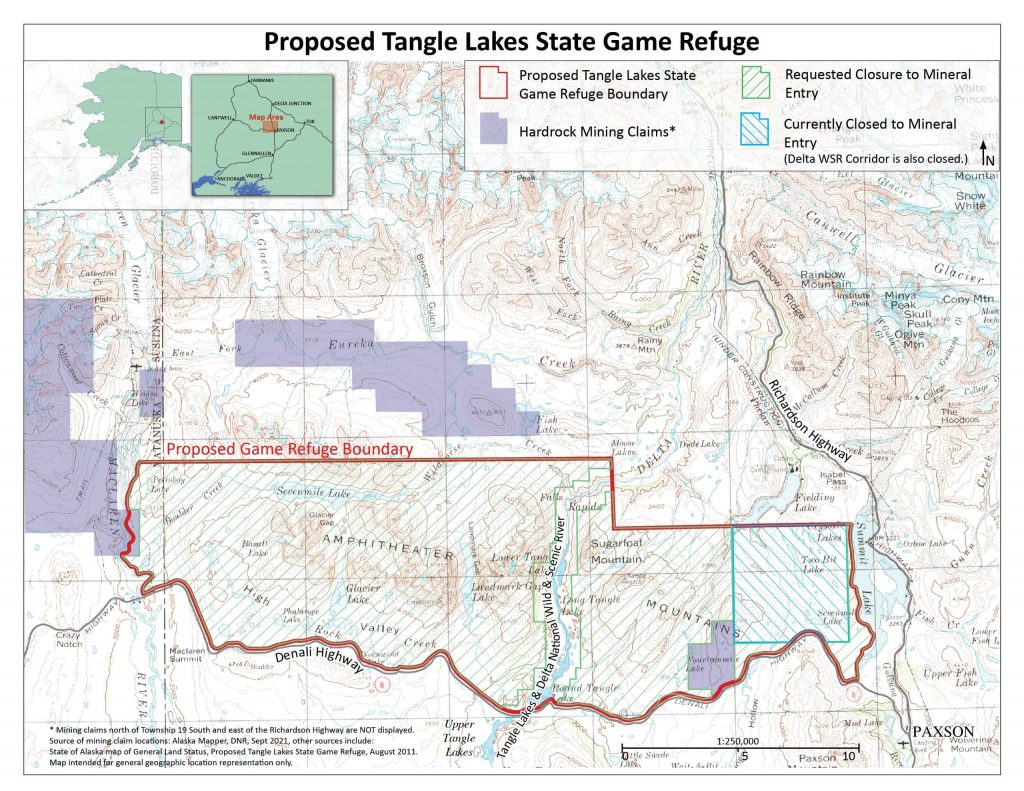 Mining Claims in and near Proposed Wildlife Refuge 2021

The Alaska Department of Natural Resources (DNR) manages land and mining claims within and near the proposed refuge on the north side of the Denali Highway:

The U.S. Bureau of Land Management manages an important piece of land: 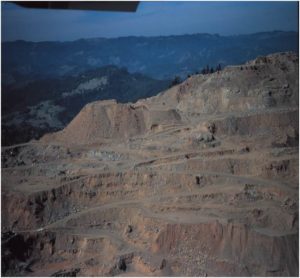