The Threat to the Nelchina Caribou Herd and Tangle Lakes 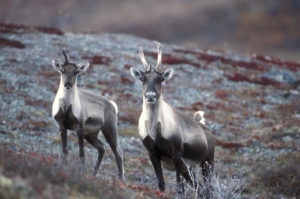 If the hopes of foreign mineral exploration companies and investors come true, a large-scale industrial mine would be developed in the region. Such a mine would significantly damage wildlife habitats and other renewable resources that Alaskans value so much.

How a State Game Refuge Would Help

State game refuges give important wildlife areas, such as Tangle Lakes, extra protection. This is because in refuges, the Alaska Department of Fish and Game (ADFG) has the lead management role for fish and wildlife, human uses, and surface uses (although DNR continues to control subsurface uses). Under the current system, with DNR as the lead management agency, when a mining company such as Pure Nickel applies to the state for an exploration permit, ADFG’s role is extremely limited. The only requirements it can place on an exploration permit are with regard to fish-bearing waters. In a wildlife refuge, ADFG plays a much larger role in determining what happens to wildlife and wildlife habitats. 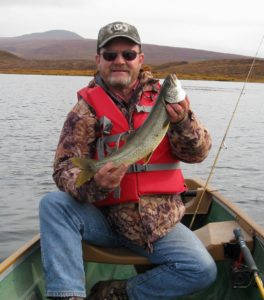 Is the Tangle Lakes Region Truly That Important to Wildlife?

Yes. In some years, the Tangle Lakes area has been the Nelchina Caribou Herd’s most-used wintering habitat in Unit 13. Because lichens, the primary winter food of caribou, regrow slowly, caribou must move around and use different areas in different years. Caribou survival thus depends on making sure that favored habitats are not impacted. Caribou also use the area for the fall rut. The area is important for other wildlife as well—from moose to fox, from trumpeter swan to arctic warbler, from burbot to grayling. Click here to learn what people say.

The Nelchina Herd is Threatened by Other Impacts

The proposed enormous Susitna River Dam would flood the herd’s crossing route to and from its calving grounds. Military jets in training exercises scream and boom over parts of its range. Climate change is causing brush to replace lichens, the caribou’s important winter food. Present and possible future impacts such as these make it especially important to protect Tangle Lakes.

Yes. In fact, an important purpose of most state game refuges is to protect wildlife, their habitats, and human uses in order that there will always be hunting opportunities. Certainly that would be so in a Tangle Lakes State Wildlife Refuge, where the hunting tradition goes back 10,000 years. 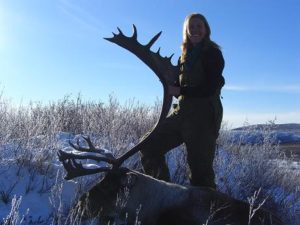 Would the Proposed Refuge Encompass the Whole Area that Was Claimed?

No, but by putting wildlife first, refuge status would allow ADFG to place tighter restrictions on where and how mineral exploration and development might occur. If the legislature so chose, a wildlife refuge could also prohibit the staking of any new claims. It’s not a perfect solution, but it is far better than the current situation.

The fact that not even a game refuge could totally prevent mining in the Tangle Lakes region points to how important YOUR role is. This is public land, and it is up to the public to insist that it be managed for the PUBLIC good. If we, the public, know that our current uses of the Tangle Lakes region are more important to us than a few years of possible mine revenue that mostly benefits foreign corporations, then it is up to us to insist that those uses be protected for present and future generations. Click here to learn what you can do. 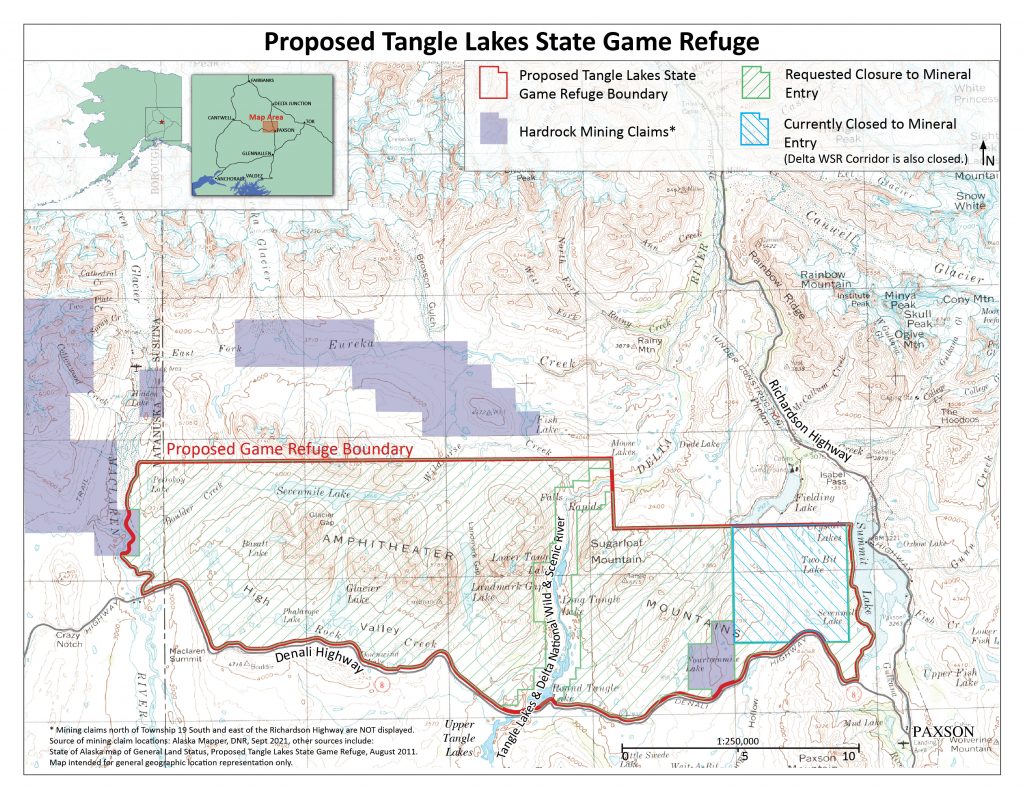 Updated in late 2021, this map shows the proposed refuge, along with areas currently closed to mineral entry and the areas the refuge would protect. Click the image for a high-resolution version (about 3 megs). 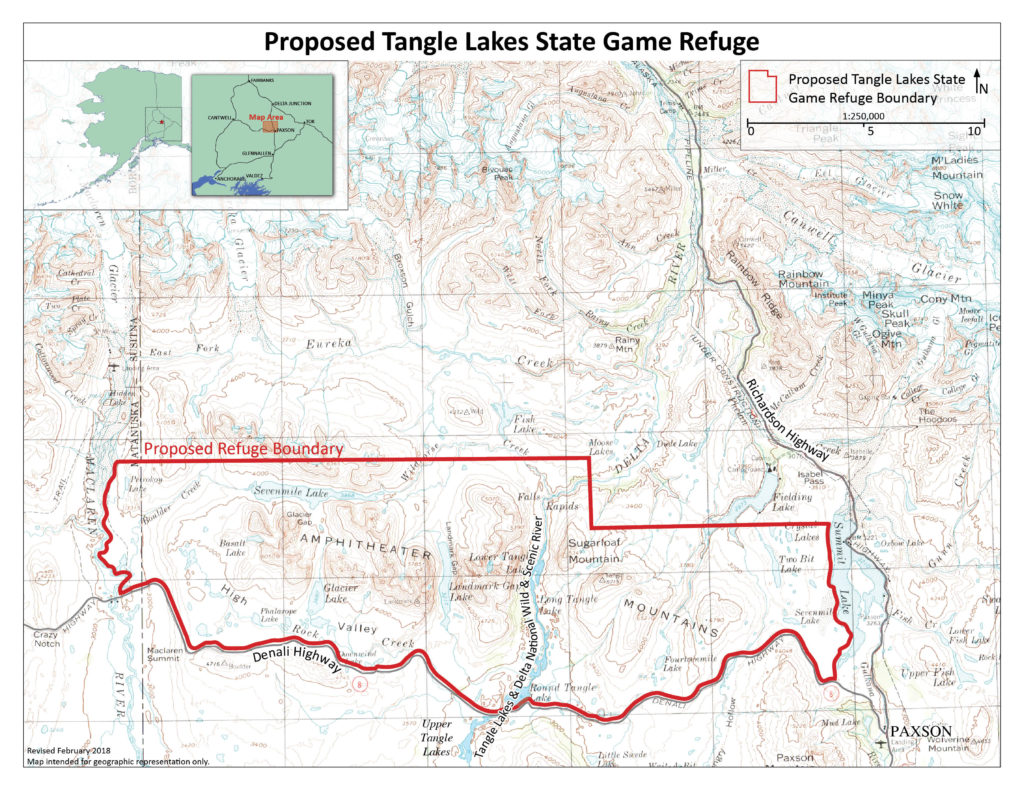 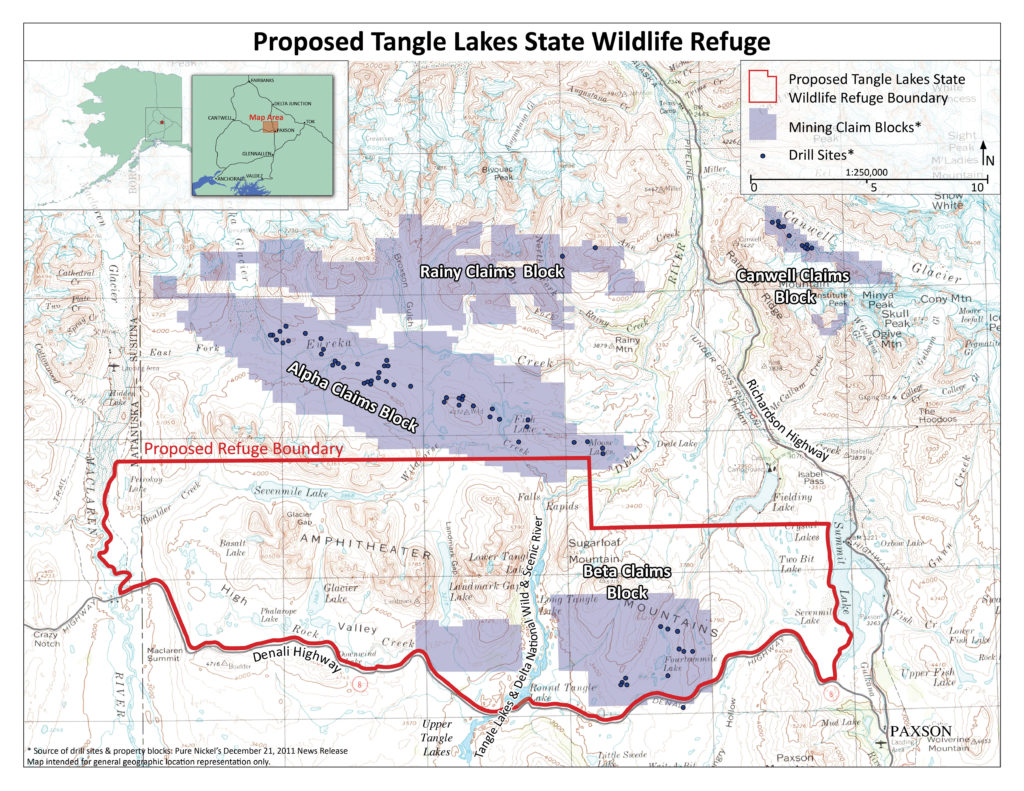 THIS MAP SHOWS, IN PURPLE, THE MINING CLAIMS AS THEY WERE IN 2012.

Click the image for the full size version (8 megs).